As Adam Griggs‘ Ireland squad intensify their preparations for the rescheduled Women’s Six Nations, and build further towards the Women’s World Cup Qualifiers, the emergence of exciting, skilful and physical young players from across all four Provinces is a hugely positive development for the National set-up.

Take the prodigious duo of Beibhinn Parsons and Dorothy Wall, both of whom firmly announced themselves on the international stage during the 2020 season with a series of impactful and eye-catching performances in green, as just two recent products of the IRFU’s Women’s Development Pathway system.

The exciting talents of Parsons and Wall, as well as senior internationals such as Enya Breen and Brittany Hogan and Sevens stars Emily Lane, Eve Higgins, Claire Boles, Megan Burns and Anna Doyle among others, is testament to the structures in place to help advance, support and nurture the rugby development of young players – both in the XVs and 7s formats – from an early age.

In addition to Provincial age-grade activities, the staging of an annual Inter-Provincial competition and the IRFU Girls X7s tournaments, the Ireland Under-18 Sevens programme has played a key role in the development of young players in recent years, while the Ireland Under-18 XVs squad has helped expose and prepare players for the step-up to senior level.

In this, a World Cup year and despite the obvious frustrations of tournament postponements due to the ongoing Covid-19 pandemic, it is a hugely exciting time for Irish Women’s Rugby, with IRFU Director of Women’s and Sevens Rugby, Anthony Eddy, once again stressing that the key developmental focus is ensuring players have access to playing and training opportunities, while further enhancing the availability of quality competition.

While there has been media commentary and discussion over the merits of an Ireland Women’s Under-20 programme to mirror the structures in place on the Men’s side, Eddy explains: “The development of the Women’s game should not be viewed through a direct comparison of the pathways in the Men’s game. Age is not the core issue, participation numbers, regularity of playing and training and accessibility to quality competition are the real development goals now.

“For several years now the IRFU have successfully, and will continue to, develop an Under-18s Women’s programme at both Inter-Provincial and National levels in both the XVs and 7s forms of the game. There is already International Competition at the age group with the National Under-18s Sevens programme competing in a Home Nations Tournament as well as the Rugby Europe Under-18 Championships and the opportunity to qualify for the Youth Olympics. 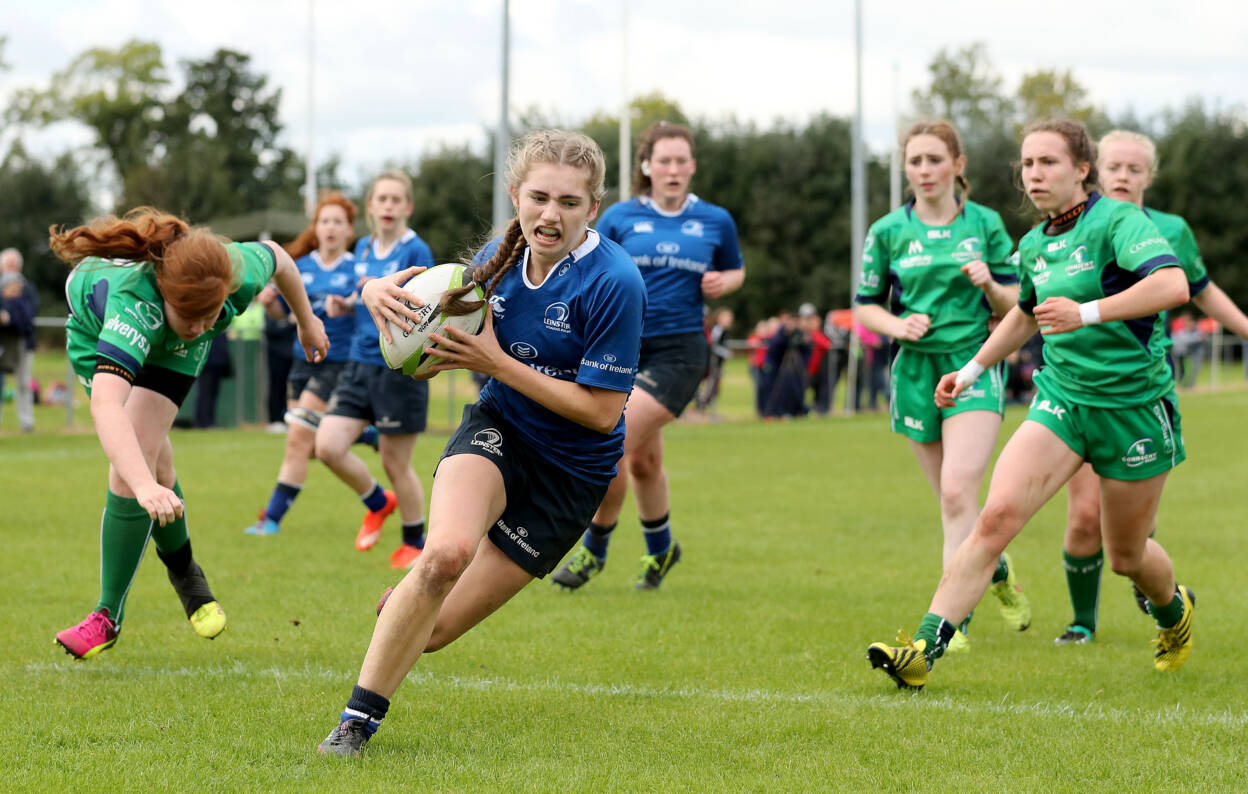 “The National Under-18s XVs programme travelled to Scotland last year for an Education Camp and match and this will continue to be supported in the future with interest from other Unions to participate in a match festival programme.”

While the Ireland Under-18s programme has been successful in developing players to represent Ireland at senior level, it also plays an important role in bringing players through to compete at Energia Women’s All-Ireland League level, which in turn aids the quality of that competition.

IRFU Director of Rugby Development, Colin McEntee, has witnessed first-hand the role the club and schools’ game has had in this regard and the goal for the Rugby Development department remains clear; to develop and evolve the pathways in place, building participation numbers and giving players a better all-round experience at domestic level.

Although the pandemic has put the Energia Women’s All-Ireland League and Inter-Provincial Series on hold, the staging of several online webinars, involving coaches and current international players, such as the IRFU’s Spark, Ignite and Level Up sessions, have been hugely successful.

“We will continue to provide flexibility in participation outlets during these times so we can adapt to the ever-changing environment,” McEntee continues. “The IRFU is engaging with clubs to continue the very successful Give It A Try programme later in the year. The programme has strongly grown year-on-year but is, of course, subject to the Covid conditions that pertain at the time.”

For Eddy, the success of the Ireland Under-18s Sevens programme has been invaluable as evidenced by the emergence of Parsons, Wall and Breen, who have all brought excellent skillsets to the senior team stage from their exposure to high-level coaching and experience to international coaching during their time in the pathway.

“The Under-18s programme has delivered much needed development in areas such as athleticism and skills and we are really seeing that come through to our international teams,” Eddy notes. 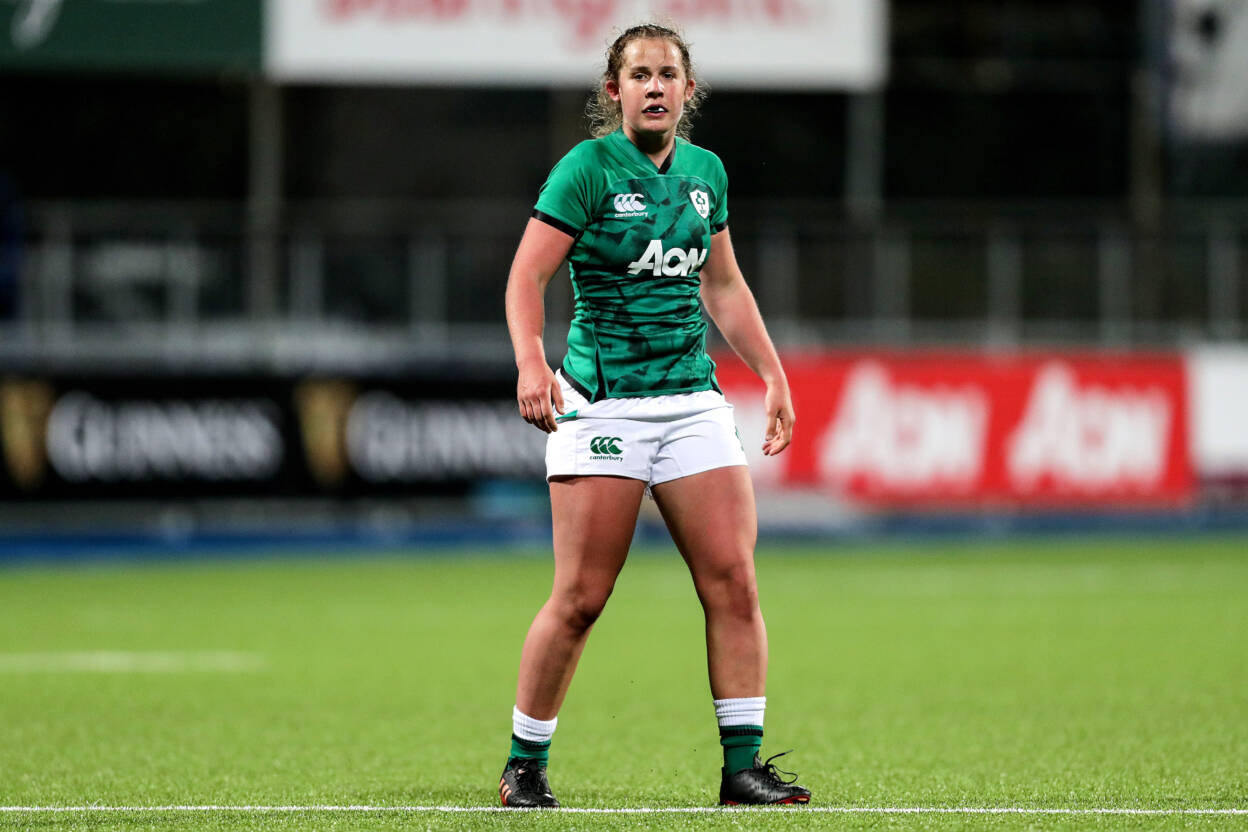 “The IRFU High Performance Department has continued to support the National Women’s programmes through this pandemic with the Sevens program continuing to train and develop players, while our XVs programme continues with mid-week gym and skills sessions and regular training camps to develop our players for the competitions ahead despite the postponement of the Women’s Six Nations and other tournaments.”

While the short-term focus for Eddy and McEntee is on ensuring the safe return of international and domestic competitions, the overriding ambition is to continue to grow the Women’s game in Ireland, with IRFU Performance Director, David Nucifora, a strong advocate for the continued investment in the player pathway system.

The Women’s game has no doubt made great advancements around the world in a relatively short period of time, but Nucifora points out that its development is still in its infancy and the overarching focus for the IRFU is to build participant numbers amongst girls and women in the first instance.

“Professionalism may become a reality at some stage in the future and that is an admirable aspiration for the Women’s game,” the IRFU Performance Director adds. “To produce a sustainable Women’s game of high quality the immediate focus needs to be on increasing the size of the player pool by creating pathways for young girls and women that gives them easy access to the game.

“Once players are given access and meaningful competition formats connected to a player pathway, talent will be identified and developed, and the depth required to produce a high standard Women’s national club competition will be achievable.

“Once this is achieved then an increased focus on representative rugby can be further developed because we will have the building blocks in place for the Women’s game that will supply a steady flow of quality players to a high-level club competition. This is a common challenge across the Women’s game around the world that must be solved before professionalism can be sustainable.

“The leagues are still at very early stages across the world, and until they are in a position to support a full-time paid professional programme, that is commercially viable, talk of professionalism is really a distraction to the development that really should be a collective focus – which must be getting more girls and women to play the sport.”